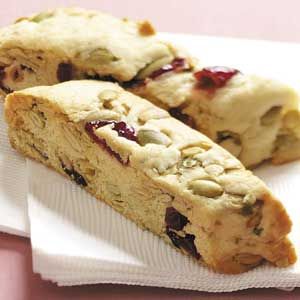 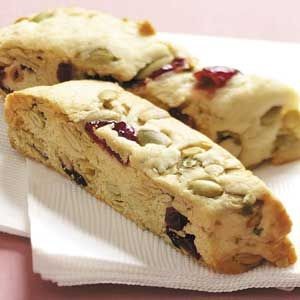 Come see how to make these delectable treats! Chef Taylor will bake them live and even show you how to temper the chocolate for a chocolate dipped biscotti! Once you register for the webinar, we will send you the recipe with ingredients and all! You are welcome to bake along with her, but we suggest watching first, and then baking alongside the replay of the webinar! The ticket for this webinar includes unlimited replays of this demonstration! 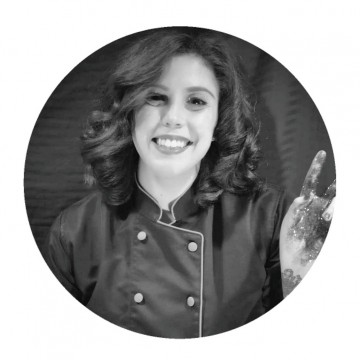 Taylor Wolf has become a culinary expert through years of training and hard work. The time, effort, and road to get to where she is, however, was not always easy. Her experiences throughout her young life has shaped her into the woman she is now, both inside the kitchen and outside of it.

Born a triplet, Taylor grew up in Harrison, New York. From a young age, her grandmother, a cake decorator and baker from Boston, would teach Taylor how to bake and decorate, leading towards her desire to become a pastry chef.

In her junior year at Harrison High School, her mother battled Breast Cancer, something no child should have to face. Thankfully, her mother beat it with the help of Taylor and her two sisters.

“My mother having Breast Cancer was a huge impact on my decision to go away for school,” Taylor explained on her future path. “When she did beat it, I decided to do what was best for me and accepted my offer to Johnson and Wales in Rhode Island.”

Studying baking and pastry arts as well as culinary arts away from home while playing lacrosse at Johnson and Wales helped Taylor learn so much about the culinary industry as well as how to be a strong person, both on a team and individually.

However, her time in college was no easy task.

“Before completing my degree and starting my career, I suffered from a bad car accident and had to learn how to walk all over again,” Taylor shared. “I thought my dreams would never come to life and felt like I was losing everything. I became depressed.”

On top of this injury, Taylor suffered from a rare disease called Myasthenia Gravis, grave muscular weakness which flared up during this stressful period in her life and made continuing her education very difficult.

Taylor never gave up. After completing physical therapy and going through three surgeries, she forced herself back to school. She is now working on completing her Masters program at Johnson and Wales.

She couldn’t have fought through without her big influences: her mother, her late friend Christopher Seguinot, her Uncle Tony, and her boyfriend, who she currently resides in New Jersey with.

Throughout her time studying culinary professionalism, Taylor worked in several New York and New Jersey bakeries and restaurants, working both the front and back of the businesses filling every position, thus giving her more experience and insight on the business side of the industry.

She also worked at major companies like the Institute of Culinary Education, has done work as a freelance chef performing demos, and continues to do production baking for local retail stores.

What she really took an interest in, however, was teaching.

"Teaching didn't come to mind until an offer was made and I then realized how much I enjoyed teaching adults and children how to make their way around the kitchen,” Taylor explained on her current path. “Plus, I get to study savory meals and pastries from all over the world.”

Although she is still working hard in school, she feels it is time to expand her horizons in the culinary world. Taylor has begun her culinary instructor career with a new business called Wolfies Pastries.

Wolfies Pastries will have its own studio where people can help their culinary visions come to life. It is a growing as a business for people to explore their culinary horizons. It will also offer catering and fresh baked goods and meals all over the tri-state area.

There’s so much in store for Taylor’s future, but her dreams don’t stop short.

“Soon, I’ll be the owner of a studio continuing to teach children and adults how to cook and enhance their culinary abilities.”

Despite all of Taylor’s experiences, she is not done learning. She believes even as a teacher, she is always learning, and is grateful for the constant experiences life has put her through.

Taylor can be found by following her Instagram page and can be contacted directly for classes, catering, and other culinary needs.